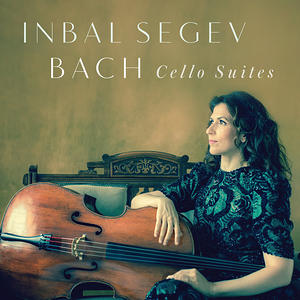 Inbal Segev recorded Bach's complete Solo Cello Suites over a period of six months at New York City's Academy of Arts and Letters, working with Grammy-winning producer Da-Hong Seetoo and using a successful PledgeMusic campaign to fund the album's post production. In the album's first review, The New York Times calls Segev's performance "deft and thoughtful, accurate in pitch and flexible in rhythm." AXS.com writes in its review that Inbal "captures the pure, warm sounds of the suites."

Segev says of the album, “Recording this work is one of the biggest challenges I have had as a cellist. It is the culmination of years of studying the suites. Ultimately, the challenge for me was to find a way to incorporate the ideas I learned from Baroque practice while being true to my musical language, which is rooted in this century. I wanted to create an interpretation of this great masterwork for the contemporary listener – to say, ‘Here is what Bach has to say to people in the 21st century.’ In this recording I strive for simplicity while trying to keep a sense of freedom. Da-Hong and I worked at capturing a pure and warm sound. It is a distillation of everything I love about the suites.”